Hailey Starr’s seeks refuge at the Rydell River Resort in the wake of her bitter divorced and the ensuing hatred from her oldest daughter and the confused hurt of her son. While her ex is honeymooning with his new wife Hailey is determined not to care and to recapture some of what she lost over the tumultuous few years leading to the breakdown of their family, in this place that has no distractions other than sun and relaxation. Except for the man who her daughter has decided she’s going to sleep with. Hailey’s only real line of defense is that her daughter’s quarry, Joey Rydell is a decent guy who emphatically turns her daughter down. But he doesn’t turn Hailey down. Flustered and shocked by his interest she also knows it will do nothing but inflame her already rebelling daughter.

Joey Rydell has settled back into River’s End after years away finding himself in the Army. Back now, he runs the Rydell River Resort, and consequently deals often with its guests. Though who catches his eye, isn’t who anyone predicts, including her.

But it all ceases to matter when the entire valley bursts into flames. This hot, dry summer will soon have a mind of its own as a fire bigger than anything anyone has ever seen will soon roar through, destroying everything in its path, calling Joey to duty and bringing an ending to more than just the miles that charred in its wake. Fire brings an end to love and lives and possibly the destiny that has been nurtured and groomed by a family unlike any other. But are they strong enough to survive the gripes of these Armageddon-like flames? What if there is nothing left of the ranch that is the lifeblood of the Rydells, or the Rydells who are the lifeblood of each other and of River’s End?

“Joey…” She threw herself into his arms. He had no choice but to clasp her tightly. When he did, he almost knocked the breath out of her as he pressed her against his chest. She cried and clung to him as she sobbed, muttering over and over, “I’m sorry. I’m so sorry for what I did to you…”
His mouth found hers in a hopeless meeting of lips and tongue and hot breath. Their kiss was long and inadequate. Then, ever so gently, their lips gradually parted until he finally released her. He stared into her eyes for a long moment before he turned and left.
And that was it. He was gone. Away from her. No longer in her life.
To go out and fight a damn wildfire. She had no idea he did such things. He was in the Army, so she supposed it probably made sense that he volunteered, and who better to do such a thing? Sighing, she doubled over and let her tears fall. Goddamned family. She loved her kids unconditionally. So fervently, but right then, she resented both of them and wished… She just wished she could have both worlds.
Slowly turning, she headed towards the cabin where her children, her ex-husband and his new wife stayed. To spend the night and not sleep. She would cry some more, and get up tomorrow morning and leave. Depart. Forever leaving behind the fling that felt like it was anything but a fling. 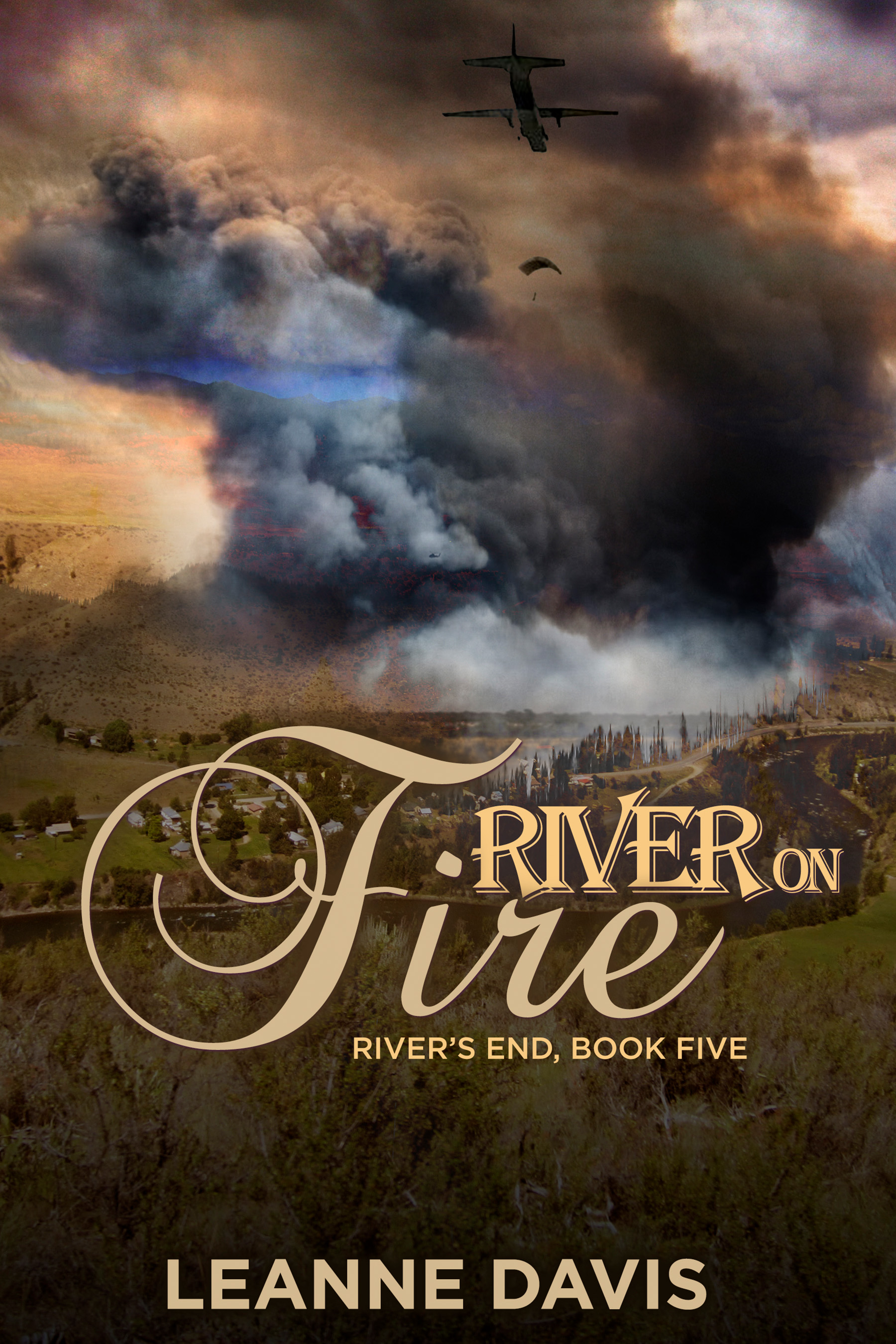 “Awesome Story!!! This probably the saddest story I’ve read in this series but the
best one. I absolutely loved this book. I recommend this series to all. I never saw this one coming. Great job Leanne !!”

“Leanne certainly out did her self with this one as all her books. This was a amazing read .Lots of action and suspense. Older women younger guy ,deals with guilt over divorce and the kids. Major loss and so much more. Definitely worth one clicking.”

“10 STARS!!!!!Ugly crying warning!!! Devastating and gut wrenching!!! Leanne Davis does it again…real life issues, devastation, love, hope, death, divorce, and a family bond like no other!!! I cried so hard for this family and pray they can rebuild!!!