Caleb Hayes avoids two things in life: change and work. Of late, neither is going well. First the valley he was born and raised in, and continues to inhabit, burnt from one end to the other, forcing him to live with his sister and then work cleaning up the fire. And now his best friend who is also his brother is getting married… to another man. Left shocked by his brother’s secret Caleb is not doing the best job of being supportive.

Josephina Ruiz watches her beloved little brother marry his long–time boyfriend forcing her to tolerate in their union, Caleb Hayes, as now being a part of her life. After an off–putting come on she realizes the extent of the rumors she’s heard about Caleb are most likely true. From womanizing, to petty crimes to all around laziness, he’s the last man she ever intends to give a chance to… until by accident he becomes the one she has to rely on.

When forced by circumstances to face his own shortcomings, Caleb starts to see himself from a new light. A not so positive light. He begins to understand not only his brother, but the woman who begins to show him an entirely different way of living than he’s ever embraced. In Josephina, Caleb is challenged from every belief he has to every action he does. And he finally begins to see the damage his life does to others, but by then, has the harm he’s caused others, be too late to change? Can his ultimate redemption bring about healing with the one person he now knows is the best kind of change of all?

She tilted her head, evaluating him. “First of all, I asked you for the ice cream and I thought the rides were fun. But do you think you’re that person still, Caleb?”
He shrugged, squeezing his eyes shut. “Unfortunately, I do think I am.” He glanced her way. “But after both of my siblings just informed me how miserable their life with me was, I prefer not to be that stupid jerk. I’d like to grow up and be better now. I’m just not sure I know how.”
His tone was so heartfelt. So vulnerable. So real. She touched his arm, unable to resist his sincerity. “You do know how, Caleb. You’ve been doing it. That’s the only reason I’m here.”
He stared down at her hand on his arm and his expression seemed oddly stricken. She was so candid with him now. Even she was surprised by her own truthfulness. He touched her hand with his and squeezed her fingers, saying, “I’d like to think so. But there’s still a lot to undo.”
She held her breath and their gazes locked, like a shared whisper between them. She let his arm go and he clutched her hand as they dropped onto the sand below them. Her heart beat erratically and much harder. It was interrupting her usually cool thoughts. Damn. She was all jumbled up. Surprised at how serious Caleb had become and recalling all the fun they had, her understanding of his childhood and dreams reflected her own and were nothing like what she originally imagined.
She couldn’t look at him as a flush of confusion swept over her. Luckily, it was growing dusky and the sun’s glare had already vanished. Silence descended between them while they held hands. But it wasn’t anything like before. This time, it was comfortable. Their hands were joined. Caleb cared about what Josefina thought. They shared intimate revelations and somehow, still connected. 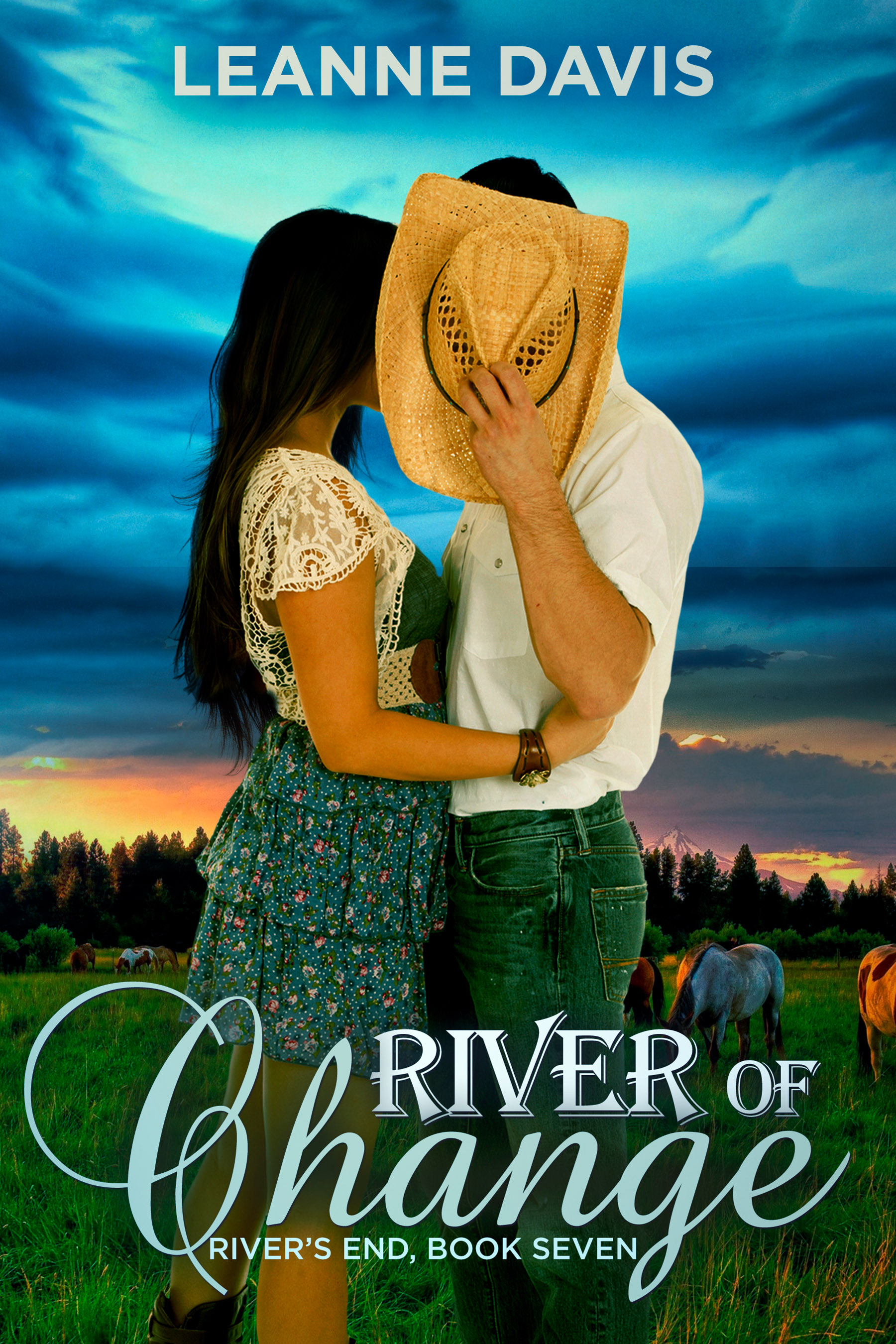 “This the first book I’ve read from the River’s End series. I enjoyed the story and the characters. It was an easy read. It had it was sweet and sexy all wrapped into one.”

“I have to say she really pushed herself to the limit with this book. Davis took what could be seen as a controversial topic and was able to shine a light on it. Caleb and Josephina’s relationship become stronger and they find love at the end through the brothers. Well done.”

“Gah!!! Once again, Leanne Davis has stopped me in my tracks and made me think, believe and feel. Caleb….wow…flawed, but not without hope. Josephina, what girl doesn’t picture herself as this strong, this determined, and this worthy of love.”